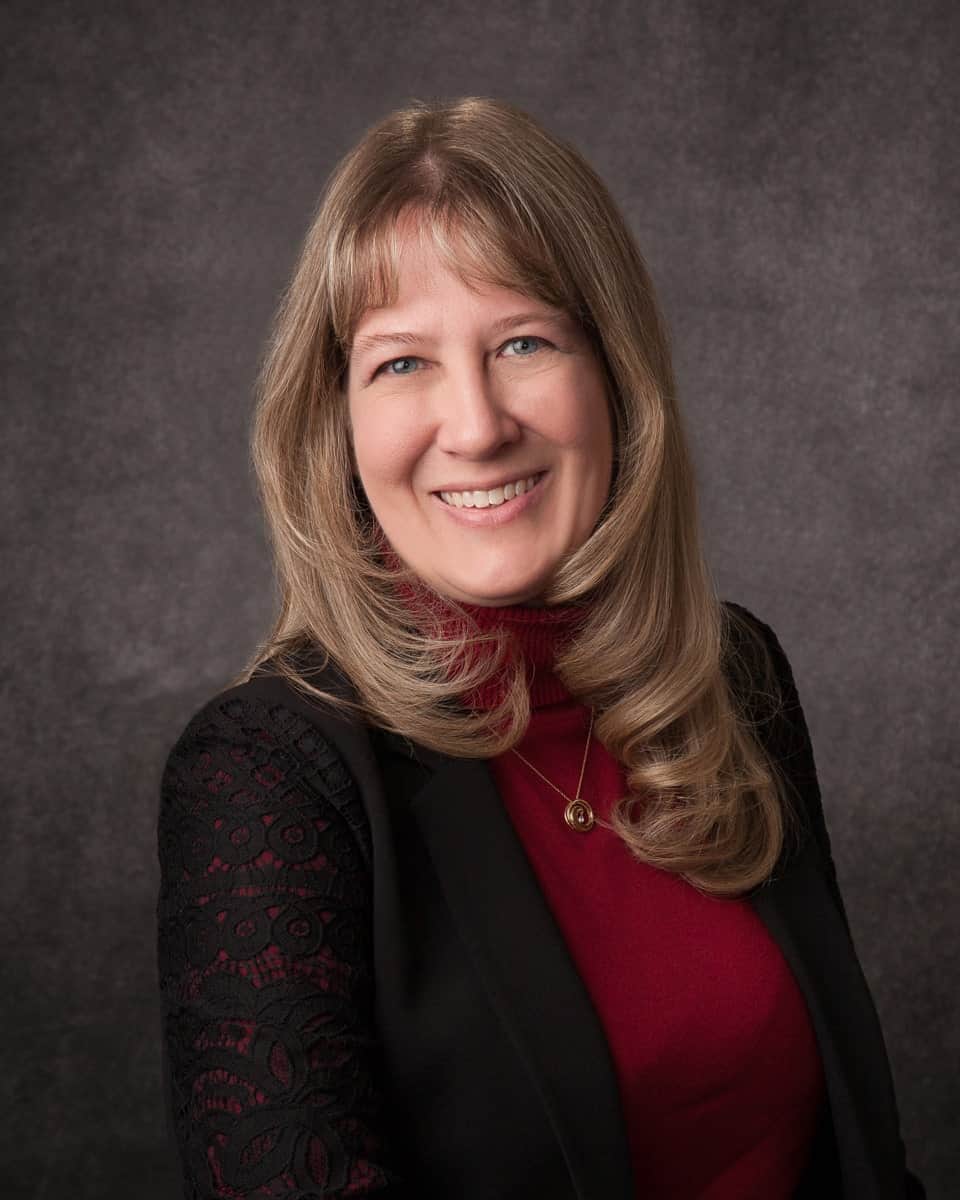 Christine Judd, Vice President of Metron's Unmanned Systems Division, has been at Metron for over 25 years. She is a leader in modeling and simulation.

Ms. Christine Judd has been at Metron for 25+ years starting out as a programmer, becoming an analyst with a focus on mine countermeasures analysis and simulation, graduating to project manager, and then, in June of 2018, becoming the Vice President of the Unmanned Systems Division (UMS).

Large Displacement Unmanned Undersea Vehicles. As the project manager for Metron’s multi-year, multi-million dollar large displacement undersea vehicle (LDUUV) project from 2013 to 2019, Ms. Judd oversaw the engineering design, development, and testing of two LDUUVs and the development of the vehicles’ autonomy software. Ms. Judd’s team supported the extensive testing of the software in  simulation and conducted a series of in ocean runs and demonstrations of the vehicles. Since the completion of the ONR LDUUV program, Ms. Judd has lead the UMS division in extending Metron’s autonomy to support other ONR and DARPA programs and critical Navy missions.

Mine Countermeasures (MCM) Operations Analysis. From 2004 to 2011 Ms. Judd supported and ran a number of operation analyses and managed the MCET Operations Analysis team. In 2010, Ms. Judd took ownership of the planning and financial management for all the special studies that were conducted with Metron’s Mine Warfare Capabilities Evaluation Tool (MCET). MCET is a C++ discrete event simulation system that is used to analyze the performance of various mine countermeasures (MCM) systems and platforms both individually and within the overall MCM mission package. The system is also capable of simulating mine warfare tactics and command and control. The results of these analyses have been used by N81, ONR, PEO LCS, PMS495, PMS420, PMS403, PMS406, N95, N952 and N957 to inform high level decisions on MCM asset and mission package requirements and tactics.

Software Development. During her first few years at Metron, Ms. Judd designed, developed, and implemented computer applications in Java, C++, and Visual Basic. Furthermore, Ms. Judd contributed to the MCET C++ code base and to several related development tasks including a planning tool, written in Java and designed to interact with MCET.

Prior to joining Metron, Ms. Judd worked as a graduate research assistant at the Virginia Neurological Institute at the University of Virginia. There she helped to design and develop the Virtual Electronic Medical Record, an application designed to make the retrieval of patient records efficient and easy for physicians. Her work at the Institute culminated in the co-authoring of a paper titled “Dynamic Hypertext Navigation and Display Management” which was presented at the Second International World Wide Web Conference in Chicago in October 1994.